Sorry! You missed A Few Good Men at OReilly Theater 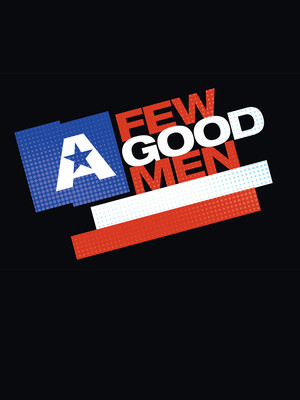 It's an outstanding production that is powerful, passionate, and purely fascinating.

Why See A Few Good Men?

Set in 1986, A Few Good Men follows the compelling story of U.S. Marines accused of murdering a fellow Marine at the Guantanamo Marine Base. The story follows the fight to uncover the truth with some unexpected twists. The play first debuted on Broadway in 1989 and comes to Pittsburgh's OReilly Theater this October.

The play was written by Aaron Sorkin, who has also penned Broadway productions 'The Farnsworth Invention' and 'To Kill a Mockingbird.' Sorkin later adapted the piece into a Hollywood film starring Tom Cruise, Jack Nicholson and Demi Moore

Two Hours and 40 Minutes including a 15 Minute Intermission

Seen A Few Good Men? Loved it? Hated it?

Sound good to you? Share this page on social media and let your friends know about A Few Good Men at OReilly Theater.