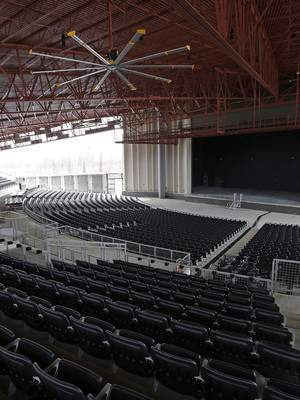 You can catch Brothers Osborne at The Rose Music Center at The Heights in Dayton, showing Aug 26, 2022

Brothers Osborne is also touring to:

With superb new album 'Port Saint Joe' and a willingness to rally for social change, award-winning duo give a voice to the little guy

Heartland country rockers The Brothers Osborne were born and raised in Maryland on their father's rich record collection, which influenced nightly jam sessions to the sounds of Bob Seger, Tom Petty and Hank Williams. Relocating to Nashville, it wasn't long before the dynamic duo was picked up by Warner and climbed the charts with debut, platinum-certified singles 'Stay A Little Longer' and 'Rum', releasing their critically acclaimed debut album 'Pawn Shop' in 2016.  The Grammy winners dropped their Sophomore effort 'Port Saint Joe' in early 2018 are hitting the road in 2022!

Fusing the gravel-toned deepness of T.J Osborne's sonorous vocal timbre and John Osborne's steely sliding guitar licks, the brothers have earned much praise for turning their electrifying on-record-sound into soulful, charismatic live performances. Having shared the stage with the likes of Little Big Town, Dierks Bentley, Miranda Lambert and Eric Church, they're well on their way to becoming veteran performers who know how to whip up the crowd with their bluesy, swinging, Southern-fried songs. Chronicling whiskey-drenched reveries from the rural American climes, their harmonies and lyrics form a social commentary that touches on a range of issues from gun violence to racial injustice.

SO great! The sound was great, fantastic set list- Brothers Osborne were... more

Entire crowd standing and loving every note during the entire concert. more

Sound good to you? Share this page on social media and let your friends know about Brothers Osborne at UPMC Events Center.