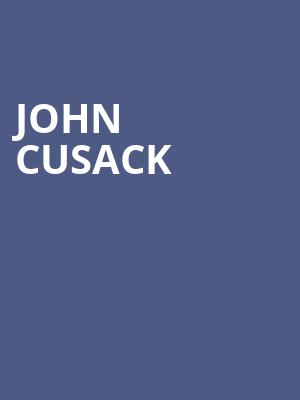 I gave her my heart

She gave me a pen

Join John Cusack for a special screening of his 1989 movie Say Anything, followed by a Q&A where you can quiz the actor on the experience of movie making.

The first movie from Cameron Crowe, Say Anything tells the story of the unlikely romance between a high school valedictorian and a regular student after graduation. On its release, it was a critical success, with Roger Ebert remarking that it was "one of the best films of the year, a film that is really about something, that cares deeply about the issues it contains yet it also works wonderfully as a funny, warmhearted romantic comedy."

Including the famous boombox scene and delightful performances from Cusack and Ione Skye as Lloyd and Diane, don't miss this rare chance to see it and then quiz the man himself!

Sound good to you? Share this page on social media and let your friends know about John Cusack at Carnegie Library Music Hall Of Homestead.